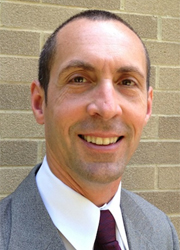 Born in Muscatine, Iowa Lon’s family moved to southwest Michigan at an early age. After graduating high school from Andrews Academy, Lon moved to Chicago to begin training at Hinsdale Hospital's RTR program in Hinsdale, IL. During a rotation through the radiation oncology clinic, Lon become interested in pursuing his RTT which he did at Michael Reese Hospital in Chicago and completed in 1985. This was the year he also met his wife Robin. They were married in 1987 and blessed with twin daughters Amanda and Katherine in 1990. Lon's first job in radiation oncology was at the University Of Michigan Medical Center in Ann Arbor in 1986. In 1988 an opportunity became available to train in Dosimetry under the direction of such physics notables as Benedict Fraass, Dan McShan and Randy TenHaken, obtaining his CMD in 1992. Further education resulted in a BS from Siena Heights College in 1997 and an MBA from the University of Michigan in 2009. During this time Lon was promoted to Lead Dosimetrist in 2001 followed by the addition title of Director of Joint Venture Operations in 2008. Lon currently functions as head of treatment planning services as well as off campus operations for the University of Michigan Radiation Oncology network.

Lon's involvement with professional activities began in 1999 when he served three years as a regional director for the AAMD. During this tenure he was instrumental in creating the current Administrative Conference Committee which now organizes the annual meeting. In 2004 Lon was appointed Editor-in-Chief of Medical Dosimetry, a position he still performs. During his time in this profession Lon has also hosted a National Meeting and authored or co-authored over 20 publications. Additional activities include being a speaker at national and regional meetings and manuscript review. With a great sense of honor, Lon was awarded the AAMD Award of Excellence in 2010.

Acceptance as a Fellow of the AAMD is a profound honor for which Lon is eternally grateful. It is his fervent belief that the association with the AAMD has afforded him extraordinary opportunities. Lon feels there are few words that can adequately express the deep appreciation he has for this professional organization and the people who give it life.