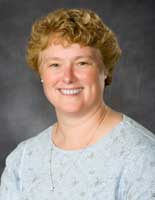 Melanie started her career in the radiation sciences as a radiographer after obtaining her Bachelor of Science in Radiologic Sciences from the University of North Carolina (UNC) - Chapel Hill. She continued her education at UNC - Chapel Hill with a certificate in radiation therapy technology. She worked at the Harvard Joint Center for Radiation Therapy (JCRT) in Boston, where she is proud to have treated the very first linac-based stereotactic radiosurgery patient in the US in 1986. Motivated by a strong desire to return to a Southern climate and to become a medical dosimetrist, she moved to Richmond, Virginia, where she accepted a position as a radiation therapist/medical dosimetry trainee. She immediately joined the AAMD as a "junior member" in 1988, attended her first AAMD Annual Meeting in 1989 and became a Certified Medical Dosimetrist in 1991.

Melanie continued to work as a medical dosimetrist for Healthcare Corporation of America until 2006 when she accepted a position at Virginia Commonwealth University as the Radiation Therapy Program Director. She earned her Master's degree in Education from Virginia Tech in 2008 and is currently working toward her doctorate in Education with a focus on Health Education/Health Promotion.

The first two AAMD members Melanie remembers meeting at the 1989 meeting were Joe Iannitto and Matt Tobler. It would be those early connections and relationships that would encourage and persuade her to become an active member in the AAMD, starting as Nominations Committee Co-Chair with John Isitt in 1994 and Region VI Director in 1996. In 2006, she became a member of the Board of Directors, serving one three-year term as Recording Secretary and then a three-year term as President-Elect, President and Immediate Past President.

She credits early mentors at UNC - Chapel Hill and the Joint Center for Radiation Therapy in Boston with her commitment to the profession, including service through her professional societies, research and publications. She has lectured on the local, state and national level on topics ranging from health literacy to patient safety culture. When asked what she is most proud of during her tenure on the AAMD Board of Directors, she includes the creation of the Foundation, the independence of the organization from a management company, and her participation on the ASTRO/AAPM-led IMRT Quality Assurance white paper task group.