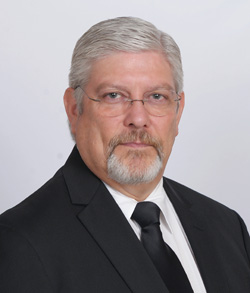 Matt is a Utah native who learned about radiation therapy through a medical occupations class in high school.  After graduation he attended the certificate radiation therapy program at the University of Utah and started working as a radiation therapist in 1984.  In 1986, he transitioned into an on-the-job training position in medical dosimetry at the University of Utah where he continued working as a dosimetrist and educator for 20 years.  He worked for a year at the Radiation Oncology Centers of Las Vegas and then returned to Utah to work at the Huntsman Cancer Hospital.  In 2011, Matt took his current job at the Renown Hospital Institute for Cancer in Reno Nevada as a senior dosimetrist.

From early in Matt’s career, he was encouraged to be professionally involved in all aspects of the radiation therapy field.  As a researcher, Matt was a frequent participant in the annual AAMD Writing Competition.  This work not only led to several awards but also numerous publications in the Medical Dosimetry journal as well as presentations at regional and annual AAMD and other professional meetings.

Matt was also strongly encouraged to be involved in the AAMD organization.  This started with attendance at the annual meetings but quickly evolved into service in the organization itself.  Over the years, Matt has served in multiple AAMD positions, including 4 years on the Membership Committee, 6 years on the Bylaws Committee, Co-host of the 1994 Annual Meeting, 2 years on the Human Resources Committee and current service on the Career Services Committee.  Matt also served for 6 years as Editor of the Medical Dosimetry journal and two 3-year terms as Region I Director on the AAMD Board of Directors.  Additionally, Matt served on the Medical Dosimetrist Certification Board (MDCB) and received the AAMD Award of Excellence in 2008.

Matt credits many of the accomplishments that have led to his acceptance as a Fellow of the AAMD to the support and contributions of the amazing radiation therapists, dosimetrists, physicists and physicians he’s had the privilege of working with over the years. In his words, “It’s interesting to consider the many people that touch our lives and contribute to our success. In part, this honor is due to their great work.”